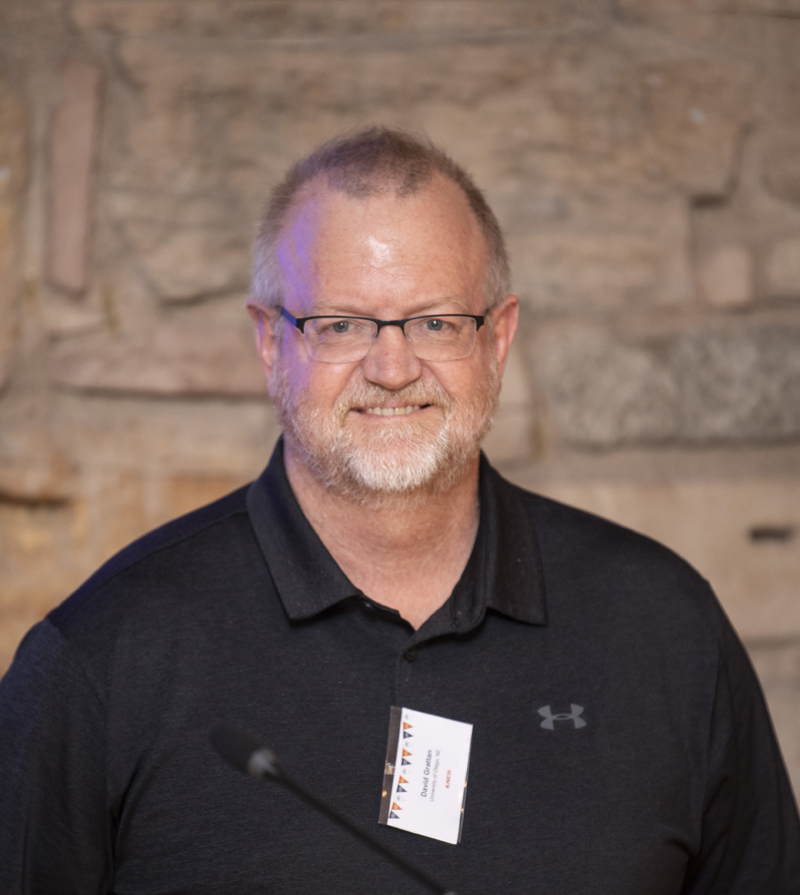 "Stay curious, and follow your passions. Life is too short to waste time on something you are not really interested in.” - Dave Grattan

Tell us about your research and why it excites you

I study the neuroendocrine control of prolactin secretion, and the various actions of prolactin in the brain. I started out trying to understand how prolactin acts on hypothalamic dopamine neurons to control its own secretion. When I started seeing many different neurons expressing the prolactin receptor in the brain, I began to wonder why this “lactation hormone” might have wide-ranging functions in the nervous system. At the moment, I think it might be linked to the function of parenting – which occurs in many species and involves a range of adaptations in both males and females. I’m excited by each new insight we get into the multiple different functions that are influenced by prolactin, and by trying to find a unifying explanation for why it should have so many functions.

How do you form new research ideas?

My ideas mostly come from data and observations – and then from the literature when I realise that many things we “discover” have already been known, in one form or other! Sometimes we find one thing, when we were seeking another – and this opens up new ideas for research. Collaboration is also essential – seeing inspirational work from others helps me formulate plans to tackle my questions. I also think it is important to try to have a “big picture” question – how your research fits into the overall field of knowledge, which for me is ‘what role does prolactin play in terms of the adaptation to parenting?’

Each thing seemed important at the time! We’ve had some surprises recently but perhaps it’s too soon to report those…

The most important finding for my career development was one that arose out of my PhD research in the late 80s. I was studying the pattern of prolactin secretion in late pregnancy, and described a change in the feedback regulation of prolactin at that time, essentially allowing elevated prolactin to occur and then be sustained for lactation. We showed that prolactin was elevated even in the presence of placental lactogen, which should have been inhibiting prolactin secretion by negative feedback. This was not a completely surprising result, but it paved the way for some of the ideas that continue to drive my research today.

Interestingly, our interpretation of the data at that time was that the dopamine neurons become unresponsive to prolactin or placental lactogen, resulting in a decrease in dopamine release, dis-inhibition of the pituitary gland, and therefore an increase in prolactin. One big surprise was that when we actually measured the response to prolactin, it was not lost. Nicola Romano showed this when he was a postdoc with Agnes Martin and Patrice Mollard in France, using electrophysiology to directly measure the cellular responses to prolactin. The dopamine cells continued to respond to prolactin during lactation with a marked increase in firing rate. Nico also showed that rather than a loss of response to prolactin, the key adaptation was a change in their output, such that they no longer released much dopamine during lactation, even when activated by prolactin. We contributed to elucidation of this story, and our collaborative work was published in the Journal of Neuroscience in 20131.

Perhaps the most important finding, scientifically, was our demonstration (Rosie Brown’s work, when she was a postdoc in my lab) that conditional knockout of the prolactin receptor in the medial preoptic area impaired maternal behaviour (PNAS 20172). Apart from the specific result, showing that prolactin receptor expression in this region was necessary for maternal behaviour, we also reported use of two new transgenic mouse lines that we had developed and that will hopefully enable more research into prolactin receptor function in the body (we are happy to share these mice, by the way!).

Email. Admin. Email. Meetings with students and postdocs. Usually, I have at least one or two manuscript reviews on the go, plus I often have a manuscript or two of my own to work on. Unfortunately, I don’t get in the lab much anymore, but I still get a kick out of seeing the new data that my team are producing, and discussing experiments. At our Centre for Neuroendocrinology at the University of Otago we have started getting together for a few drinks at the end of every week to share and celebrate our successes – whether a student has submitted a thesis, or someone in the group has a paper accepted or a new grant awarded. There is always something to celebrate!

What methods does your lab specialise in?

We specialise in neuroanatomy, using immunohistochemistry and in situ hybridisation to map hormone-sensitive brain circuits. More recently, we have been doing more behavioural work, particularly characterising multiple phenotypes in our transgenic mice. We are also dabbling in live cell imaging. Whatever it takes to answer the research questions.

Who or what inspired you into neuroendocrinology?

My PhD mentor, Bob Averill. Bob was a New Zealander and had been at Cambridge in the 1950s at the same time as Geoffrey Harris was investigating the idea of hypothalamic hormones. Bob was full of stories about the diverse range of experiments he used when investigating the hypothalamic control of the pituitary gland. He had a model using intrahypothalamic grafts of pituitary tissue that initiated my interest in the control of prolactin secretion (long story – but these grafts produced large amounts of prolactin…). While Bob considered himself an “endocrinologist”, and most of my initial work was measuring hormones in peripheral blood, I became more of a “neuroscientist” as a postdoctoral fellow, working with Mike Selmanoff at the University of Maryland at Baltimore. Here, I learned neuroanatomy and neurochemistry, and started on the path to become a fully-fledged neuroendocrinologist.

The BSN has been a massive part of my research career. I have been a BSN member for a long time. Simon Luckman convinced me to join over 20 years ago, making it clear even then that the BSN welcomed researchers from all over the world. At that time, we did not have a strong neuroendocrinology community in New Zealand, and I regularly attended UK meetings to get my fix of neuroendocrinology research, to meet colleagues and make new friends. Today, our local community has blossomed but I have maintained my contacts with the BSN, and still attend the meetings when I can, because it is such a great group of people. I became associated with the Journal of Neuroendocrinology as an author, then editorial board member, eventually becoming the 4th Editor-in-Chief. This provided me with huge exposure to the breadth of the field of neuroendocrinology. I was thrilled to be invited to speak at the 2019 Neuroendo Celebrate BSN Early Career Researcher Symposium. It was so much fun to try to pass on a bit of the enthusiasm and experience I have accumulated over the years.

What is your favourite JNE paper and why?

This is a tough question! I love JNE and have published many papers there, from one of my earliest papers (with Bob Averill) in volume 41, through to my most recent paper, published just last month in volume 322. One of my favourites is our description of prolactin receptor expression in the brain, using a novel Cre-reporter mouse developed in collaboration with Uli Boehm in Homburg (2018)3. This was supposed to be the “final” paper from my long-time collaborator Ilona Kokay, when she retired. Because of our long association with the journal (Ilona was the Managing Editor for the period I was Editor-in-Chief), she was determined this final study would be published in the journal, and we were very happy the editor and reviewers saw value in it. However, just to show you never really retire from science, Ilona has co-authored 4 more papers since that “final” paper – including being first author of our most recent paper in JNE in 2020 (with Joanne Murray)2!

I also have fond memories of papers from many others published in JNE. For example, when I was Editor, I was really pleased to convince Sue Moenter and Allan Herbison to co-author a review4 tackling what had been a somewhat controversial difference of opinion between them over several years of research into GABAergic regulation of GnRH neurons. One paper that really stands out in my memory was from Clive Coen’s group in 1999 (Butler, first author)5 about estrogen receptors in GnRH neurons. I recall this not so much for the paper itself, which was very interesting, but for the thoughtful editorial6 that accompanied it, written by the then Editor-in-Chief, Gareth Leng. For those unfamiliar with the background, the issue of whether or not GnRH neurons expressed estrogen receptors was controversial. Data from Don Pfaff’s lab7 showing that they did not was so surprising that there were many attempts at replication and re-analysis. This particular paper carried on the controversy (with some contrary data), and Gareth’s editorial depiction of Don Quixote-like researchers “tilting at windmills” was a great piece of writing. For several years I made my undergraduate students read that paper and the editorial, and think about the issues raised.

Pretty much nothing is “outside your area” when you study prolactin! It’s involved in everything, and has taken my research in weird and wonderful directions. Outside the mainstream parts of my research, I love following literature on bodyweight regulation. Since the discovery of leptin in the mid 90s, there has been fantastic neuroendocrinology done in that field, including technical breakthroughs I have tried to apply to my own research. To me, the ultimate goal is to be observing the normal physiological activity of hypothalamic neurons in conscious, freely-behaving animals. Thanks to the technological work of many great neuroscientists, this is now becoming possible. What an exciting time to be in neuroendocrinology!

Hmmm…“Born to Run: The Bruce Springsteen Story” by Dave Marsh? That or the New Zealand Cricket Annuals, which I got every year for Christmas throughout my childhood. Just to show it is not all about neuroendocrinology…

What advice would you give an aspiring neuroendocrinologist?

Just like all other walks of life, the best thing in science is to be a good person. Treat people as you would wish to be treated. Be honest and open with your colleagues, be interested in their work, and celebrate their successes. And be kind, constructive and genuine when you have a chance to become a reviewer. I can think of a few people who probably would have wished to be remembered as great scientists, but instead they are remembered less flatteringly from their actions or attitudes. Stay curious, and follow your passions. Life is too short to waste time on something you are not really interested in.

I’d love to make a difference, for example in maternal health during pregnancy, or to be remembered for some great discovery. But realistically, I think I’m a small cog in a big machine. A more valid legacy will be in the people I have influenced in some small way: students, trainees and colleagues. Collectively, these influences will far outweigh anything I do individually.