With his untimely death at the age of 51, Mortyn Jones' friends and colleagues made a collection to establish a lecture to be delivered annually by a researcher in a field related to Mortyn's interests. Mortyn was born in 1936 in Wales, won a scholarship to study at grammar school and then went on to study medicine at the Royal Free Hospital in London. Before registration, he worked in the field of of endocrine research with Professor Bob Hodges. He gained his PhD in 1965, and then went to St Thomas' Hospital Medical School.

His love of research and teaching developed in the Physiology Department which was led by Professor Henry Barcroft, but it was Professor Mike Bradbury, working on isolated frog brain preparations, who helped him make a major contribution to endocrinology. Mortyn realised that similar preparations could be established with mammalian tissue. He pioneered the use of the isolated rat hypothalamus incubated in vitro as a preparation for studying neurotransmitter regulation of corticotrophin releasing factor secretion, and for locating the site and mechanism of corticosteroid negative feedback.

Mortyn never forgot his clinical roots and applied his research, wherever possible, to clinical medicine, for example his work on Nelson's syndrome. He later moved to the Department of Gynaecology at St Thomas' where he obtained his DSc. Mortyn's enthusiasm attracted PhD students and senior researchers to his laboratory from the UK and around the world. This annual lecture has been given in his memory since 1989, originally at the British Neuroendocrinology Group annual meeting. It is now hosted in rotation between the British Society for Neuroendocrinology, the World Congress for Neurohypophyseal Hormones, and the International Congress of Neuroendocrinology. 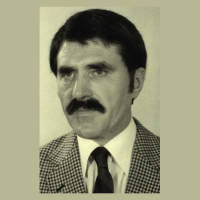