I am retired now but started by training as a veterinary surgeon interested in animal welfare.

During my veterinary training (at Cambridge) and influenced by staff who taught me (B.A. Cross and E. B. Verney) I became interested in the brain specifically the hypothalamus since it controls feeding, growth, energy homeostasis, reproduction and lactation, all of which are important for vets.

After qualifying as a vet I went to Bristol to work with Hans Heller studying the posterior pituitary system.  From Bristol I moved to New York to learn how to record from neuro-endocrine neurones with K Koizumi. I then moved back to Bristol when Cross became head of Anatomy there bringing with me the technique of identifying the relevant cells by antidromic activation. Soon after this Jon Wakerley recorded the activity of oxytocin cells during milk ejection and then a group of us moved to the Babraham Institute when BAC became its director. After a short period teaching in London I moved to the University of Cambridge, collaborating with G. Leng at Babraham until he moved to Edinburgh. My focus has remained on the inputs to secretory cells and relating spike activity to secretion.

Send a mentoring request or question 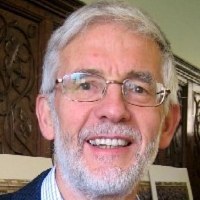