Associate Professor Andrews received his PhD in New Zealand at the University of Otago in 2003 and has 15 years’ experience in the field of neuroendocrinology and neuroscience. He undertook postdoctoral training at Yale University, New Haven, Connecticut, USA (2004-2008). He then moved to Monash University in Melbourne, Australia in 2009 and established his own laboratory. Dr Andrews is currently a National Health Medical Research Council Senior Research Fellow and Deputy Head of the Monash Metabolism, Diabetes and Obesity program.

Associate Professor Andrews uses mouse and viral genetic techniques to study how food or the lack of food affects behaviour and peripheral metabolism. He is primarily interested in understanding the neural circuits that sense hunger or hypoglycemia and influence metabolism, mood and motivation. It is clear that a state of hunger elicits numerous effects on the brain and body, not just those related to food intake. His group are interested in how these metabolic neural circuits detect hunger and hypoglycemia and link states of hunger with mood, motivation, memory and metabolism. We focus on the hormone ghrelin as a key hormonal signal of hunger and AgRP neurons as key hunger-sensing neurons in the brain and our research over a number of years shows that hunger influences peripheral metabolism as well as many non-food associated behaviours such as anxiety and neuroprotection.

Send a mentoring request or question 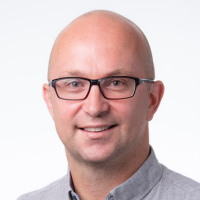